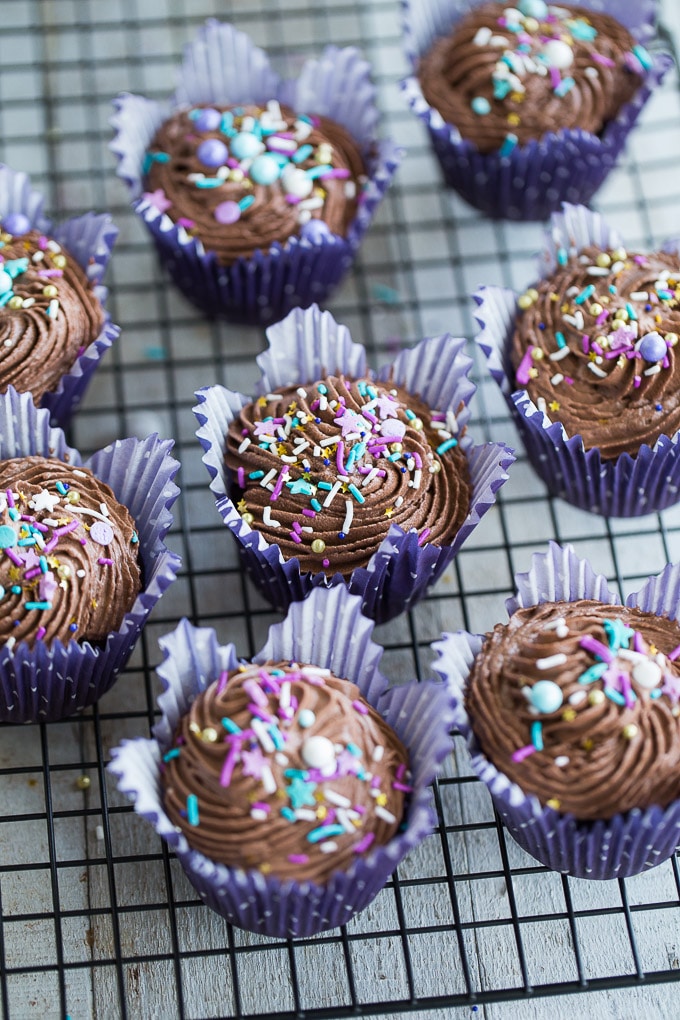 Can you believe this is the last day of August? We are heading into the Labour Day Weekend, and it seems like this summer flew by quicker than any other. Anyone else feel that way?

It sounds like I’m complaining, but I really don’t mind. Fall is my favourite time of year. The cooler temperatures have a cozy feel and the changing colours are always so beautiful.

And then there is all the fall baking I have planned…… 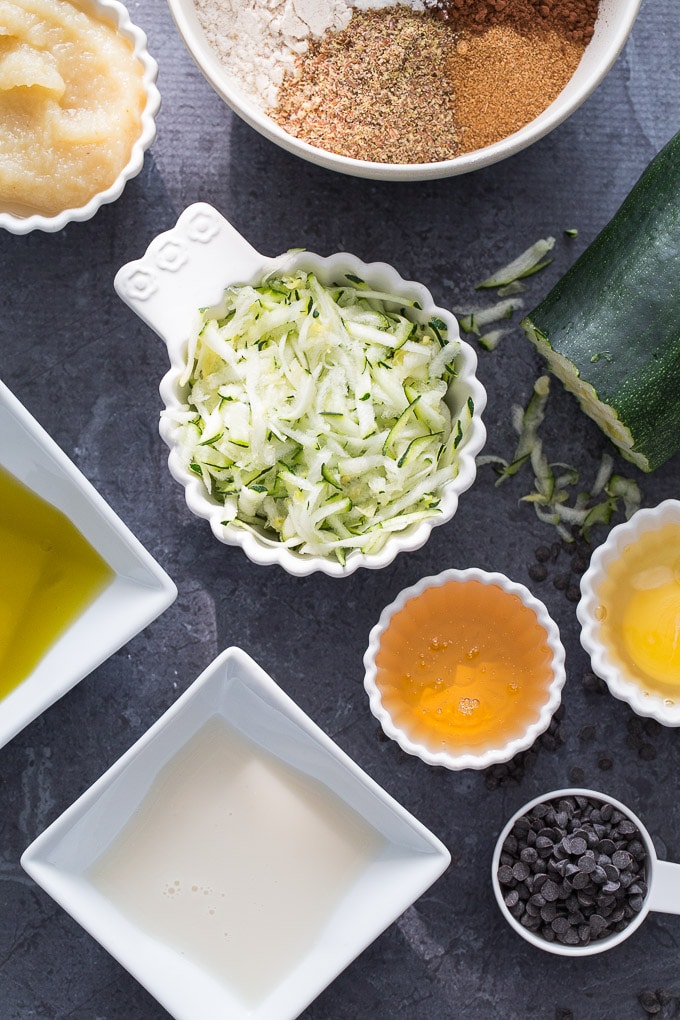 We can save the fall recipes for another day, because today these Chocolate Zucchini Cupcakes are on the menu! They’ve been on repeat all summer, and since it’s still zucchini season, these cupcakes are totally fitting! 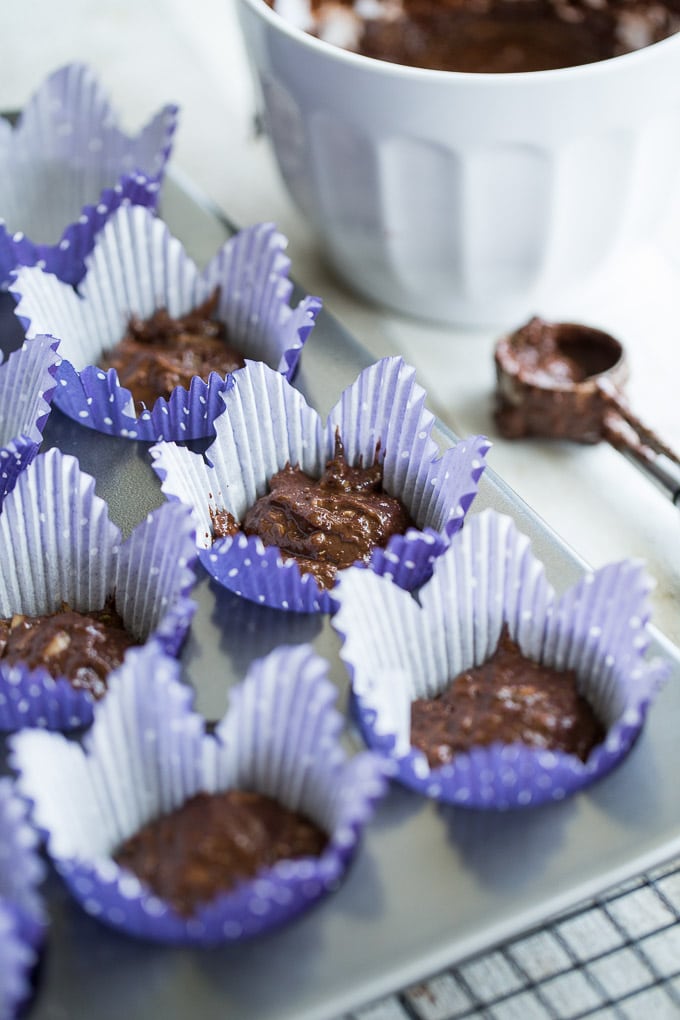 Full disclosure – these cupcakes are the combination of two different recipes that already exist on the blog.

The cake base for the cupcakes is adapted from this Dark Chocolate Zucchini Cake recipe. It’s one of my most popular recipes, and most requested when I need to take dessert somewhere.

And the chocolate coconut whipped topping is the same frosting I use for these Flourless Ricotta Cupcakes. When it comes to topping cupcakes and cakes, I like to avoid buttery, sugary frostings, and this coconut whip with cocoa and maple syrup is a perfect substitute. 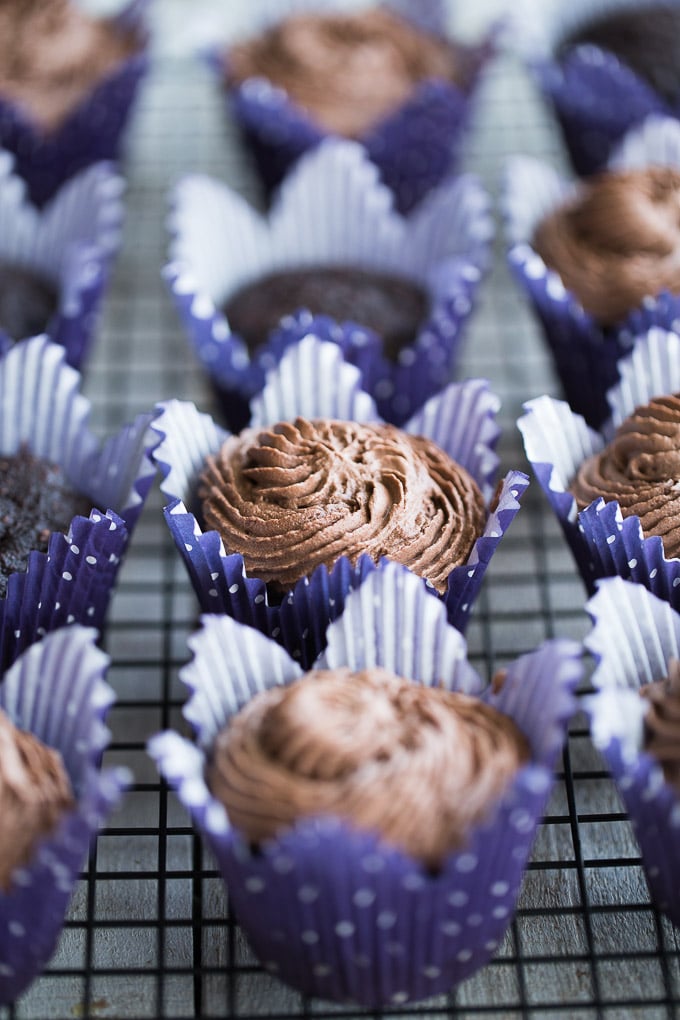 I first made these cupcakes earlier this summer for my birthday (hence all the sprinkles!), and I’ve been making them ever since. They’ve also been a big hit with friends and co-workers, so I thought I would make it easier for folks to make them by bringing the cake and frosting recipes together in one place! 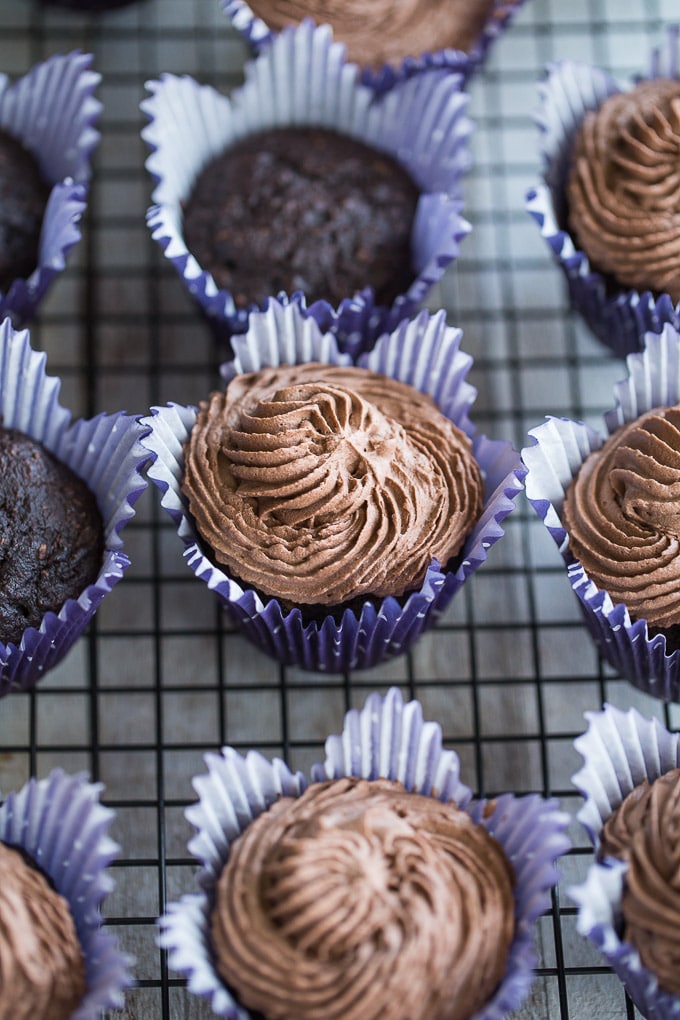 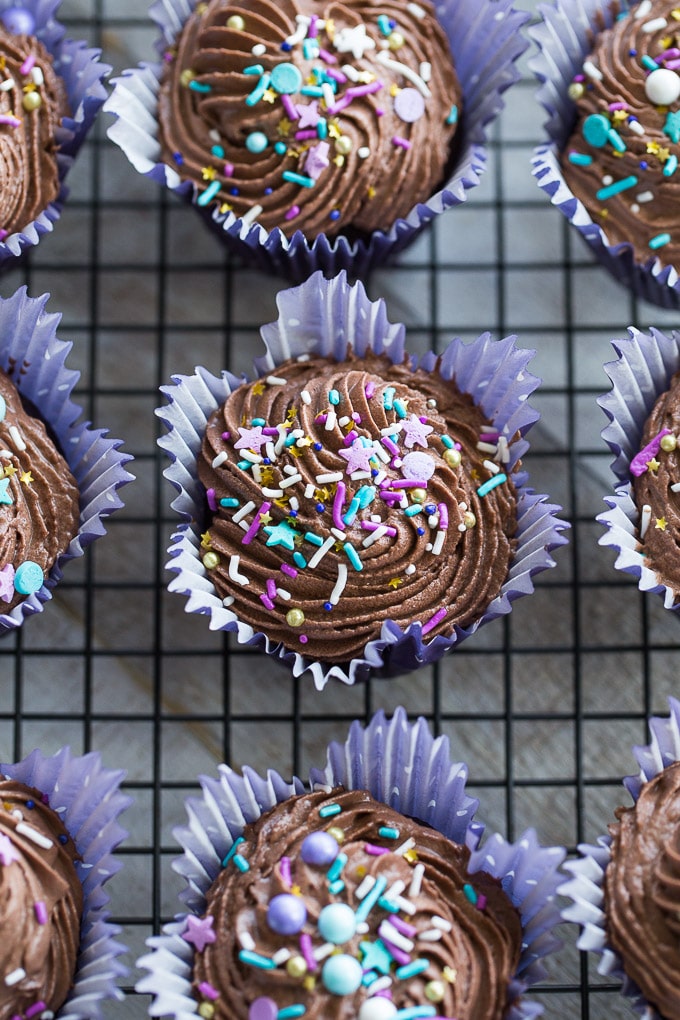 For the coconut whip:

For the coconut whip: 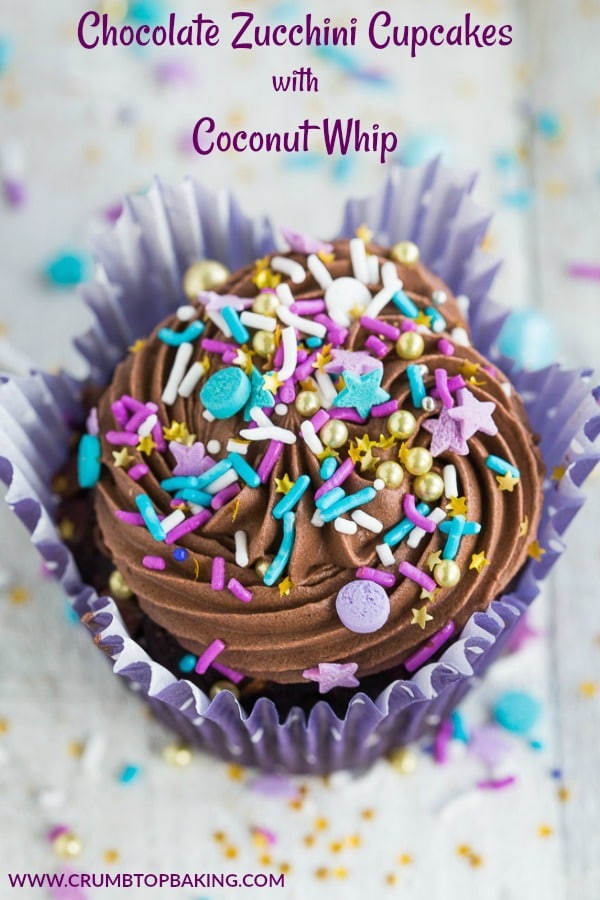