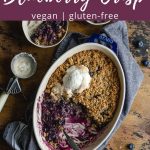 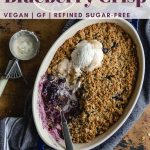 Healthy Blueberry Crisp is a quick and easy summer dessert, with juicy blueberries, a hint of cardamom and a crunchy, grain-free topping. It’s naturally gluten-free, vegan and refined sugar-free, and it requires just nine ingredients with five minutes prep time! 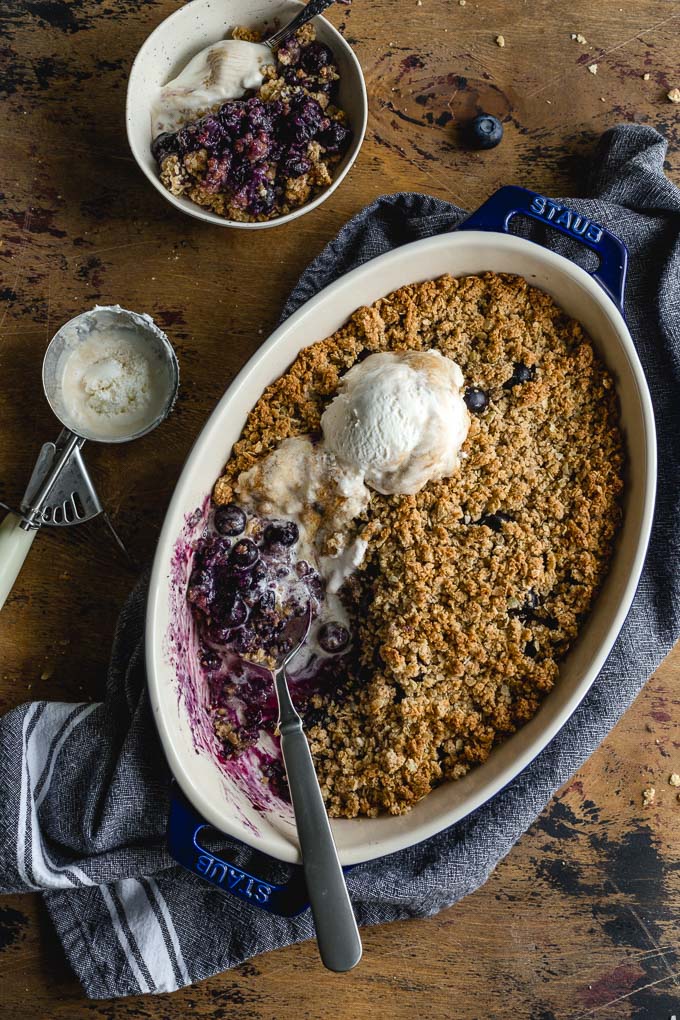 This post was originally published in July 2019 and has been updated with some new text and photos. The recipe remains the same. Be sure to check out an original photo at the end of this post.

I love fruit crisps and crumbles, and this blueberry crisp recipe is a favourite of mine to make when local blueberries are in season.

It’s super simple, so I make it often when we have family and friends for dinner. You only need five minutes to prep it, and you can make it ahead of time. So while everyone is enjoying dinner, you can just bake it up in the oven and then serve it warm with ice cream.

It’s also wholesome enough to enjoy for breakfast, as it’s refined sugar-free, and made without butter or oil. (You just might want to forego the ice cream with it!) 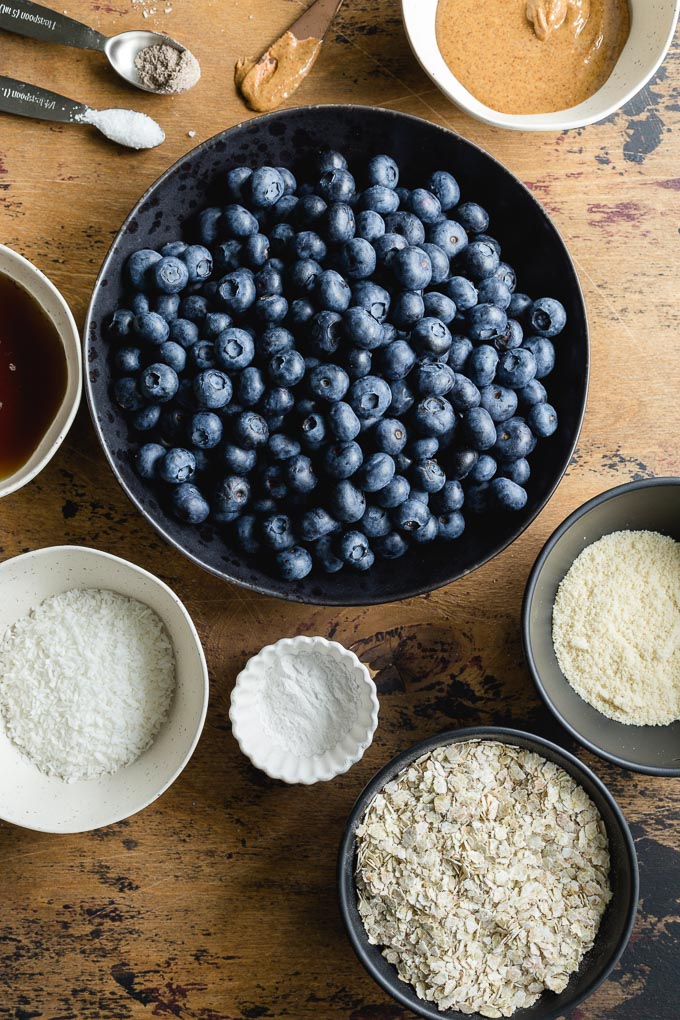 You only need nine ingredients! 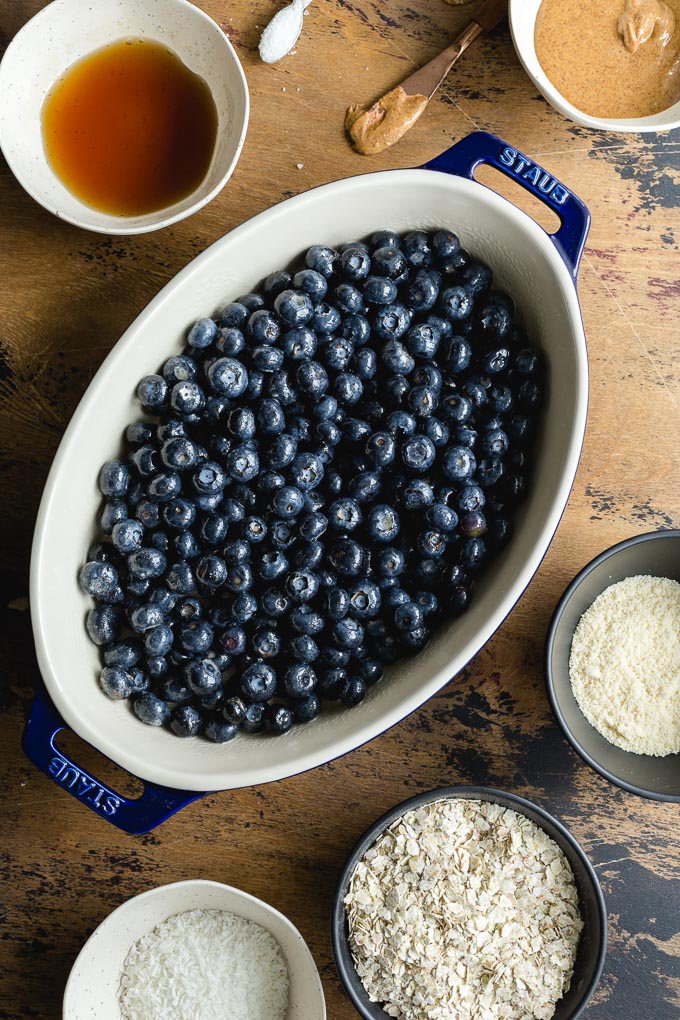 How to make blueberry crisp without oats

I can’t find buckwheat flakes. Can I make this blueberry crisp with oats? Buckwheat flakes can be found in the organic section of grocery stores or in bulk food stores. But if you can’t find any, feel free to replace them with an equal amount of rolled oats. The crisp won’t be grain-free, but if you go for certified gluten-free oats, the crisp will still be gluten-free.

Can you make this blueberry crisp with frozen blueberries? Yes, but defrost them first and pat them dry with a paper towel before adding them to the crisp. I made this crisp once with frozen blueberries, and the filling was too watery, which made the crisp topping soggy. If you really want to use frozen berries, you can try adding another tablespoon of tapioca flour to the blueberries to help the mixture thicken. But note that I have not tried this, so I can’t say for certain if it will work.

Does blueberry crisp need to be refrigerated? How long will it last? Any leftover crisp should be stored in an airtight container in the refrigerator and enjoyed within 4-5 days.

Can you re-heat blueberry crisp? While this crisp is best enjoyed fresh out of the oven, you can re-heat it. Just add the desired amount to a microwave safe bowl, and microwave until heated through. To get the topping crispy again, you can also reheat it in the oven on low heat for 10-15 minutes. 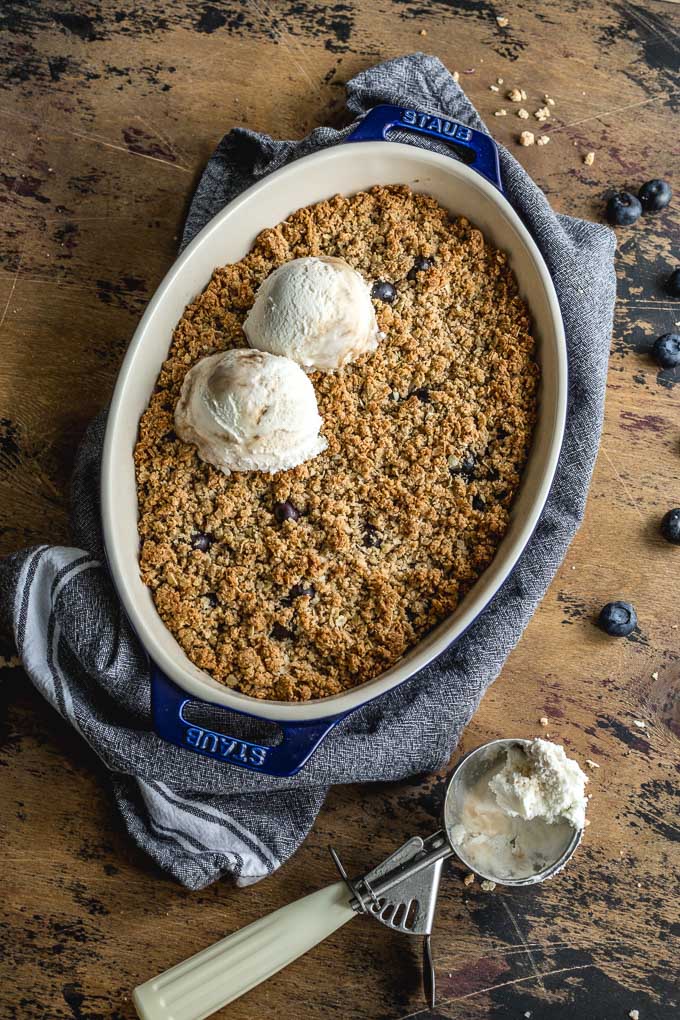 If you make this Healthy Blueberry Crisp, I would love to hear what you think in the comments below!

Healthy Blueberry Crisp is a quick and easy summer dessert, with juicy blueberries, a hint of cardamom and a crunchy, grain-free topping. It’s naturally gluten-free, vegan and refined sugar-free, and it requires just nine ingredients with five minutes prep time!

For the blueberry filling:

For the crisp topping: 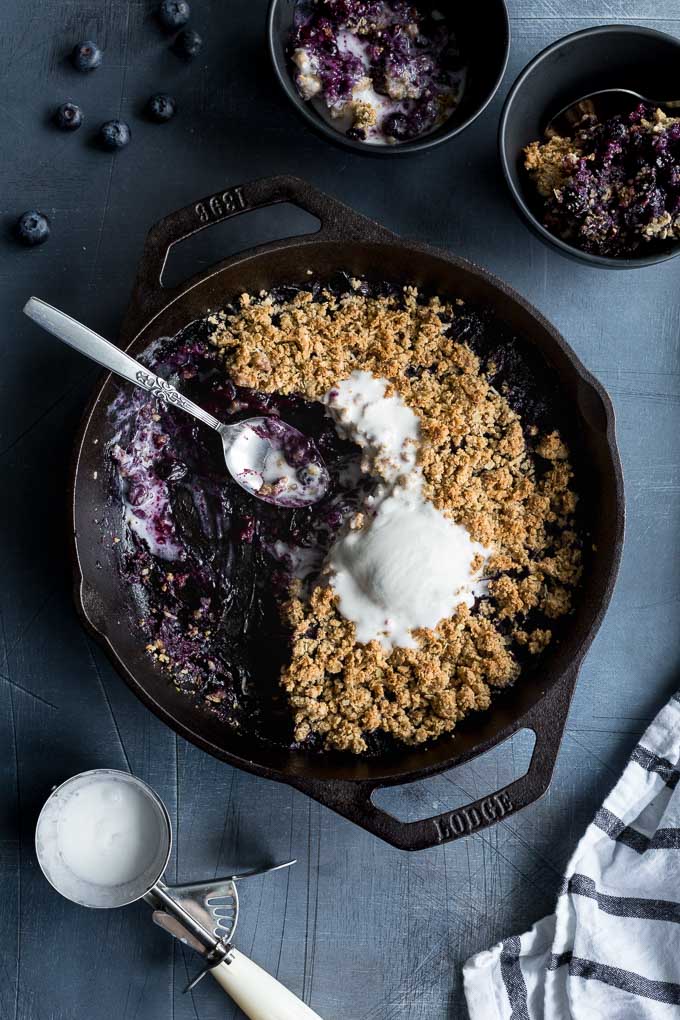